The virtual intelligence of freight wagons 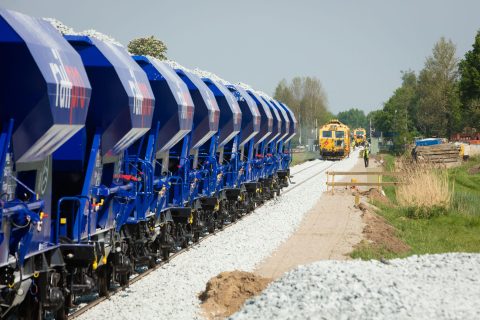 The era of Big Data will make freight wagons ‘virtually intelligent’ – that’s the key message from Peter Boom, whose company Voestalpine Signaling offers solutions with cutting-edge RFID technology that enables railway undertakings to organise their rolling stock more efficiently. And that, ultimately, is good news for the company balance sheet. Peter will be speaking on Day Three about Big Data of the Intelligent Rail Summit in Naples, on 24th November.

“In the rail industry we have so far not really used data in a way that brings the most benefits,” says Boom, an experienced rail logistician. With over 25 years in the business, much of it working on the interface between railway logistics and information, he believes that in the era of ‘big data’ the infrastructures are now being put in place to enable all stakeholders to share all of the available data right across the rail freight supply chain. One of the main drivers for this will be a rapid application of Radio Frequency Identification (RFID) when managing the rolling stock.

A technology that harnesses the use of magnetic fields or radio waves to identify and localise objects fitted with transponders (RFID tags), RFID’s deployment of small, battery-free tags means it offers the potential for mass, cost-effective deployment.

Although much utilised in applications as diverse as the tracking and tracing of objects, anti-theft applications and payment systems, it is only now that European rail freight operators and suppliers are starting to see what the benefits can be. Europe, believes Peter, is still playing catch-up with the USA, where one solution has been standardised for many years.

“In Europe, RFID technology was only used so far on a national scale, being limited by proprietary solutions of suppliers, and only functioning on fixed combinations of readers and tags. The Swedish infrastructure manager Trafikverket has taken the initiative to launch a common railway standard in applying the GS1 for rail,” he says.

“In North America it has been utilised across the continent and it is only now really in Europe that we are starting to adopt it in international rail freight, and that is what we picked up at Voestalpine,” he says. “What we are doing is not making the wagons themselves intelligent, but rather we are now linking data generated by our wayside train monitoring systems (WTMS) to the individual wagons, making it easier to share that valuable information between stakeholders.

“It is about ‘virtual intelligence’. We are detecting the condition of the wagons using WTMS and, by identifying the owner, using RFID we link it to the people in the supply chain who can then access the information to organise their rolling stock maintenance more efficiently.”

Peter will argue in his presentation that national rail infrastructure managers have also made significant advances in WTMS, to produce snapshots of rail vehicle quality, with the focus so far on improving safety and protecting assets. While in some cases the data was shared with operating companies, enabling them to maintain their rolling stock, this was largely confined to the passenger sector.

He points to the examples of hot axle box detection systems – a ‘hot box’ being the term for when an axle bearing overheats on a piece of railway rolling stock – and wheel impact load detectors. Hot axles and locked brakes pose considerable dangers for operating systems. A hot box, for example, can lead to fractures of axle journals which has the potential to cause a derailment. The knock-on effects from such an event can, of course, be catastrophic. Clearly, the benefits of an efficient detection system are there for all to see.

As the man charged with the responsibility of delivering Voestalpine’s intelligent freight wagon project, he points to the installation of a wheel impact load detector (WILD) system, measuring weight and wheel quality. “We initiated the first demo set up for this in Hilversum, in The Netherlands,” he says. “We also added an optical system to inspect brake blocks in an automated way and, of course, RFID readers.”

Until now, he argues, the deployment of RFID in identifying specific wagons has not been forthcoming in Europe in the freight arena. This was down to a combination of cross border restrictions and, perhaps more importantly, the lack of a European standard for RFID in the rail sector.

But now a case is being forcefully made for precisely that, thanks largely to the advance of a new Ultra High Frequency (UHF) standard which has made such technologies more economically viable. The Generation 2 UHF ‘tags’ are at the cutting edge of RFID deployment, and can work over a longer range and offer a much higher speed communication. 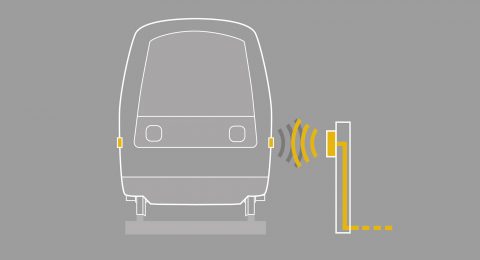 “Better quality data can now be wagon-linked and shared more easily,” says Peter. “We are enabling freight wagons to become intelligent – virtually intelligent – without needing to actually touch them.” Such an approach is what will ultimately result in more economic benefits for railway undertakings and, ultimately, prove a key driver in helping achieve a modal shift throughout the industry.

Peter’s key message is that freight wagons will become ‘virtually intelligent’ by enabling identification using optical recognition and RFID, allowing data to be collected wirelessly and being available to providers and fleet owners through subscription-led online applications.

Having previously worked for the likes of NS Cargo, DB Cargo, Deutsche Bahn, Lloyd’s Register Transportation and Cap Gemini, few people are better placed than Peter to inform an audience about such advances which can provide such a visionary blueprint for the future efficiency and safety of freight wagon transportation.

Peter Boom will be presenting on November 24th (Day three) of the Intelligent Rail Summit in Naples, from November 22-24th.

View the topics of discussion and the speakers for each individual theme:

We look forward to welcoming you in Naples between 22 – 24 November for the Intelligent Rail Summit.