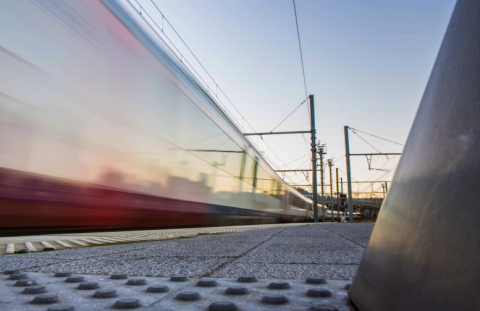 Cultural differences between how different EU countries record and interpret ‘events’ on the freight network can be tackled – and with it safety levels enhanced – through automatic reporting systems. That’s the view of the European Union Agency for Railways’ Antonio D’Agostino, the man charged with delivering these changes, and one of the key speakers at the forthcoming Intelligent Rail Summit in his native Italy.

He is the main driving force – no pun intended, given that he was once a train driver himself – behind the EU’s continuing programme of technical innovations on railway safety and interoperability based on the requirements of European law, across the member states.

“Our objective is about improving the safety of the European Union railways so we can be a world leader in safety,” says Antonio, who will be presenting his ideas on the first day of the summit, which focuses specifically on Wayside Train Monitoring Systems (WTMS). The conference takes place in Naples from November 22-24.

The gradual liberalization and opening up of the freight market in Europe was not without its problems, not least the acknowledgment that safety was – and in the main still is – managed at company level. ‘Occurrences’ such as accidents, incidents and near misses have largely been managed at a micro, i.e. company, level. But this approach, Antonio will tell delegates, leads to a fragmentation of data sets which impairs the ability to optimise safety management.

“These events have a huge impact on public opinion, and combining data sets will help in understanding causes and consequently how to prevent them,” says Antonio, whose current work stream is around Common Occurrence Reporting (COR).

“Train operators are obligated to manage any potential risks through effective safety management systems,” he adds. “Specific elements such as ‘learning from accidents or incidents’ or ‘internal monitoring’ are essential to ensuring that any such risks are kept under control, and the likelihood of future occurrences minimised.

“There are always going to be particular elements which put barriers in the way of implementing a system where sharing data across the board is universally understood and interpreted correctly,” adds Antonio, a mechanical engineer but whose experiences of driving trains puts him in a somewhat unique position to appreciate the logistical considerations.

Crucially, he says, it is appreciating the distinction between instigating an efficient automatic reporting system and relying on humans themselves to do what needs doing which is key to any system’s success. “Because they are not subject to language barriers, automatic reporting systems are able to produce more interoperable information,” he asserts. “This is not the case with manual reporting – obvious barriers mean I am not going to be able to read, for instance, a report from a Finnish track worker.”

WTMS, with the support of Big Data, is helpful in monitoring the ongoing performance of rolling stock and other assets. This helps railway companies monitor the effectiveness of their safety management systems and optimise their maintenance strategy, before suffering any safety degradation.

“Big Data also helps us to solve the language issue,” adds Antonio. “You wouldn’t ask operational staff to report an event in a different language, so it is important that the use of Big Data provides the opportunity for automatic translation. Through ‘text mining’ you can extract information which can be translated and then interpreted. The key point to make here is that if it were done manually it would be extremely slow and expensive.”

He also points to the importance of WTMS and Big Data in calculating the strategic risk profile of the European Railway Area. WTMS can provide a massive amount of data on rolling stock and, more indirectly, on infrastructure. Big Data might also improve the use of data that is already available. For example, it could better utilise the annual safety reports provided by the national safety authorities or the company reports. Regulators might decide to use software applications based on language recognition. This might simplify the analysis process, making it less resource-intensive and therefore more efficient. 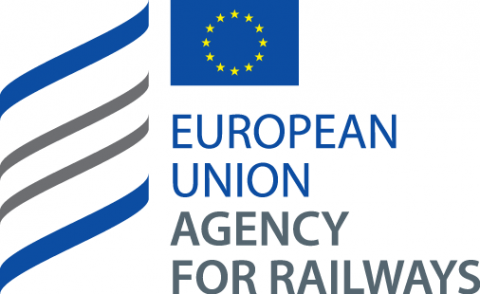 Linking existing railway data sets is a challenge, and Big Data might help allow the creation of a comprehensive and exhaustive view of safety performance across the union. Antonio continues: “You have countries with their own existing systems, and while it sounds like it would be easy to connect those systems with each other, it is actually anything but easy. It depends on the way the system is designed, the way that the parameters are defined. These are the barriers to effective sharing because member states tend, of course, to protect their own investment. This is where we, as an organisation, have to be clear in explaining the benefits for all concerned.”

“An essential part of our work is to remove barriers to have an effective reporting culture,” he says. “This is difficult work. Member states have different judicial systems and different cultures. In some countries reporting safety issues is seen as a positive behaviour. In other countries, a strong blame culture is limiting the number of reports. On top of that, at micro level, the language and the definition of a specific event might be very different. An ‘event’ in one member state might not have the same meaning or be deemed as serious as in another member state, and so the definition of an accident is not always unique. This is also a barrier to achieve a Common Occurrence Reporting scheme, but automating reporting systems such as WTMS are definitely helpful in this sense.”

Antonio is very clear about what his key messages will be to delegates at the Intelligent Rail Summit: “Ultimately, it is about improving the reporting system for better data and better control of risk. It is also about addressing cultural issues in how some countries do things differently to other countries.”

Antonio D’Agostino, Project Officer at the European Railways Agency, will be speaking on the 1st day of the Intelligent Rail Summit, which is being held in Naples, Italy, from November 22-24. If you wish to attend please click here to visit the registration page.

View the topics of discussion and the speakers for each individual theme:

We look forward to welcoming you in Naples between 22 – 24 November for the Intelligent Rail Summit.