New intelligent level crossings will be installed in Czechia

Czech rail infrastructure manager SŽDC is converting the country’s level crossings into the intelligent ones. The company installs the CCTV cameras to record the traffic violations of the risky car drivers who try to run through the level crossings when it is not allowed. Soon, the video surveillance will be supplemented with the speed radars.

The new CCTV cameras create new opportunities to increase rail safety at the Czech level crossings. With their records which are also applicable in administrative proceedings, the police are able to penalise the car drivers. The pilot intelligent level crossing is functioning in the town of Úvaly in the vicinity of Prague since 2017. In the coming years, the CCTV cameras will be installed at 30 other level crossings. “We expect the installation of these surveillance systems will significantly reduce the accident rate at the level crossings,” said Jiří Svoboda, CEO of SŽDC.

SŽDC also intends to equip the level crossings with the speed radars. The surface of level crossings is often destroyed by the cars running at a high speed, especially by lorries. This equipment will allow the infrastructure manager to monitor the speed of the traffic and to accustom to more safe driving as well as to prolong the lifespan of the modernised level crossings.

Text continues below the picture. 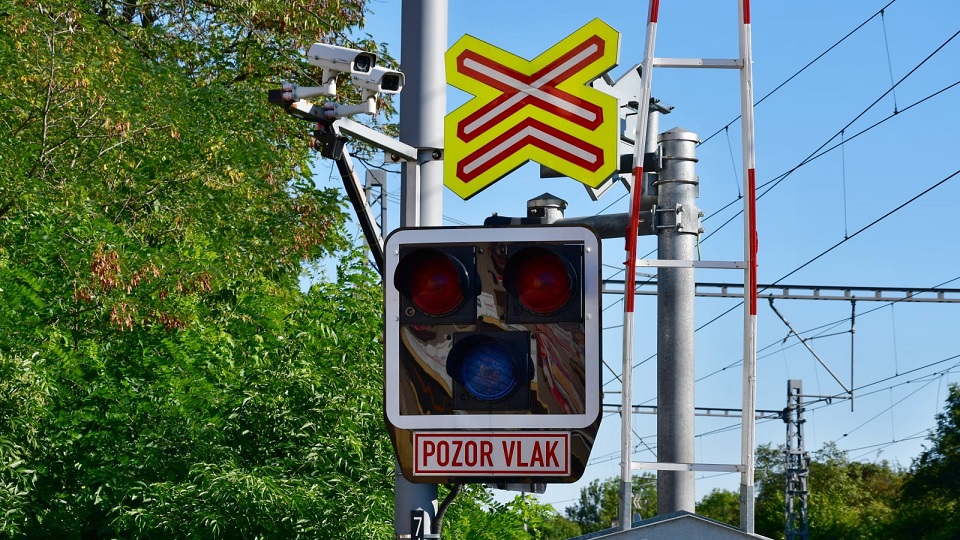 Cameras at the level crossing in Czechia, source: SŽDC.

SŽDC is negotiating with the Union of Towns and Municipalities to establish a partnership in this project. The municipalities located close to the level crossings could fund the installation of the CCTV cameras. At the same time, the penalties paid by the car drivers will be allocated to the local budgets. For instance, a driver entering a level crossing when prohibited by law faces a fine of up to 5,000 Korunas (around 194 Euros), a ban on driving for up to 6 months and 7 points will be added to the points system.

The first intelligent level crossing with the CCTV cameras was constructed in the town of Úvaly, close to the Czech capital, in 2017. It brought positive results. “The situation in Úvaly was really unbearable. During the operation of this facility, there was a sharp decrease in the number of offenders,” said Petr Borecký, the Mayor of Úvaly. During the first ten months, the number of traffic offences has been reduced in almost third times – from 375 to 131. However, the traffic rules are violated not only by the car drivers. The CCTV cameras constantly record the pedestrians with children who go through a level crossing even 20 seconds after the hazard warning lights are triggered.